Thank you so much for this month’s GOOP sex issue, though I should admit I’m not totally sure a website can technically be called an issue. It’s not a magazine, which comes out monthly in the form of an issue—all in one piece. But, I like that GOOP absconds terms like issue and makes them their own by redefining them and using them in ways that don’t apply at all. It’s very sexy.

Related: My Letter To Gwyneth Paltrow Regarding Her Suggestion To Steam My Vagina

You may have noticed I haven’t written in a while. I wish I could say I’ve been busy churning my own butter made from coddled cream and pixie dust, or creating a bespoke family crest out of pigeon’s blood and a canvas created from a male baby dove’s foreskin, but I’ve actually just been busy working a lot. Gwyneth, work is that thing the people who you see at the GOOP offices do when you say, “Can someone get me a paraben-free iced latte made from ice cubes frozen in the Himalayas?” And they all go scurrying to find it. Suckers.

You and I have corresponded enough now that I think I can speak frankly to you like only two gal pals who’ve actually never met can do.   Gal pals can talk about anything. So I feel comfortable talking about sex with you, G. And I can tell you that like most women, Gwyneth, I’ve had good sex and bad. I know this probably comes as a surprise to you, that most women-myself included- have had good sex and bad sex-because everything you do is good, and joyous, and wonderful, and pinnable. But since we’re in a squad, and squad members don’t judge, I feel safe in saying that everyone else but you has experienced bad stuff, even bad sex, in our lives. I’m sure it’s because we’re poor, or because we eat dairy.

Looking back now, I realize so much of that bad I’m-in-college-he’s-a-bartender-sex I had back in the day could have been bettered if I’d only had the GOOP sex issue laminated for reference. In fact, the GOOP sex issue calls to mind an episode of “The Oprah Winfrey” show I saw decades ago when Oprah still had her daytime talk show. She tackled issues like sex in a dignified, honest, but helpful way. Women, and men, revealed how deeply troubled they were by their sex lives. Couples addressed their marriage issues as related to sex. There were revelations and tears. And everything was handled with grace. I still remember it to this day, decades later.

I still remember it because deeply personal issues like sex should never be handled with grace and dignity and Oprah should know better because she’s rich. Rich people know a lot more than everybody else and so if they’re going to willingly become a public spokesperson for a particular issue, they should know better than to try to be helpful. In fact the GOOP sex issue is delightfully unhelpful, as anything informative should be.

I read the GOOP sex issue cover to cover (you can’t do that on a website, but I want to make you feel good about calling a website and issue.)  I figured there would be some helpful insights, thought provoking essays, and even some takeaways.  I was pleased to see there were none.  Who wants to read something and learn to have better sex when it’s so easy to learn nothing and have GOOP sex?

In my quest to have more GOOP sex, I found the following insights from the GOOP sex issue particularly helpful. 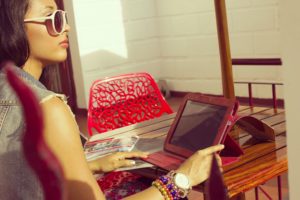 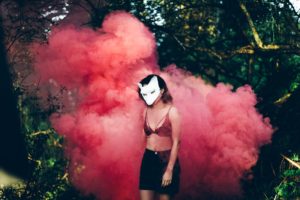 Oooh, A Sex Club That Costs $50,000! Everyone knows that the best way to improve one’s sex life is to spend a ton of money you probably don’t have and potentially put your safety in jeopardy by joining Snctum (which I continue to read as “scrotum”), a Los Angeles sex club held in a random Holmby Hills mansion, which may or may not actually be an apartment in Burbank.

Intimacy is best achieved in non-intimate settings, with others watching and ideally, criticizing. It’s also always good to have sex in private public places that are missing some of their vowels. Good grammar isn’t sexy and it’s important you never know how to spell the name of the place you’re never been to, where you’re planning to sex with people you’ve never met. 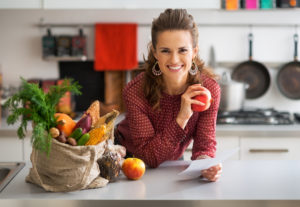 There’s Lube Made Of Yams! I’ll never look at Thanksgiving again thanks to GOOP’s reference to yam lube. My mom always covered yams in marshmallows, so naturally I’m assuming that’s okay for the yam lube as well.

But the real gist of your highly informative lube article cleverly called, “I Yam What I Eat.:Is Lube Toxic?” was the toxicity of yams, or was it lube? Okay, it was lube. You kindly consulted an expert, Maggie Ney, N.D.

I spent half an hour Googling the term , “N.D.”  I’m used to doctors being referred to as an M.D., an abbreviation for medical doctor. I’m assuming N.D. means “not a doctor.” This gives me confidence when dealing in matters of medical advice.

Once I came to, I couldn’t help but wonder if the millions of lube users who have been lubing up for decades, have harmed reproductive systems. I hadn’t heard about this, but I also stopped watching “20/20” when I had kids because of all the creeps who drive vans, so maybe I missed the lube issue episode as well.

But the fixation on the toxicity of lube, Gwyneth, left me concerned that you might be abusing lube. Just how much lube are you using when you and not-Chris Martin are having paraben-free, organic sex? Because I understand that it’s potentially toxic, but unless it’s being used in large quantities each and every use (apologies, G, if you have a very long vagina that requires a quart of lube per sitting), than it’s probably not more toxic than say, the air we breathe, the invisible wireless signals that fill our air, and your self-proclaimed reluctance to use sunscreen. These might be of bigger concern than lube being made out of the same thing as trash cans, which is, I admit, gross. 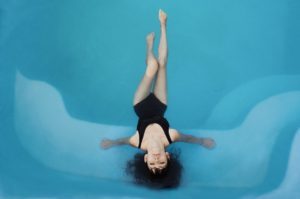 I loved his tips, which if I may paraphrase, were:

In reading these tips, and trying to practice them, I couldn’t help but wonder if maybe the key to good sex is to have less tips and more sex.  Where’s the part of the issue that helps partners tell each other what they want? If you’ve ever had a sex conversation with your partner, or spouse, you know that can be one sticky conversation.  Do couples really need to go to an erotic theatre, or just listen to each other more, communicate better, and try to be more generous in life and in the bedroom?  Ask a married woman what foreplay means to her and she’ll usually respond, “When he washes all of the dishes.” Ask a married man what good sex means to him and he’ll probably say, “Any sex is.”

I guess what I’m saying is that what I learned from the GOOP sex issue is that GOOP sex doesn’t sound very fun, or sexy.  I’ll stick to good old fashioned good sex.  Turns out, a night with my sexy husband is far less expensive than a $50,000 sex club, and it’s a whole lot more fun.  And I can save myself the chiropractor bills from all the time I’d spend walking around in a non-linear fashion, whatever that means.